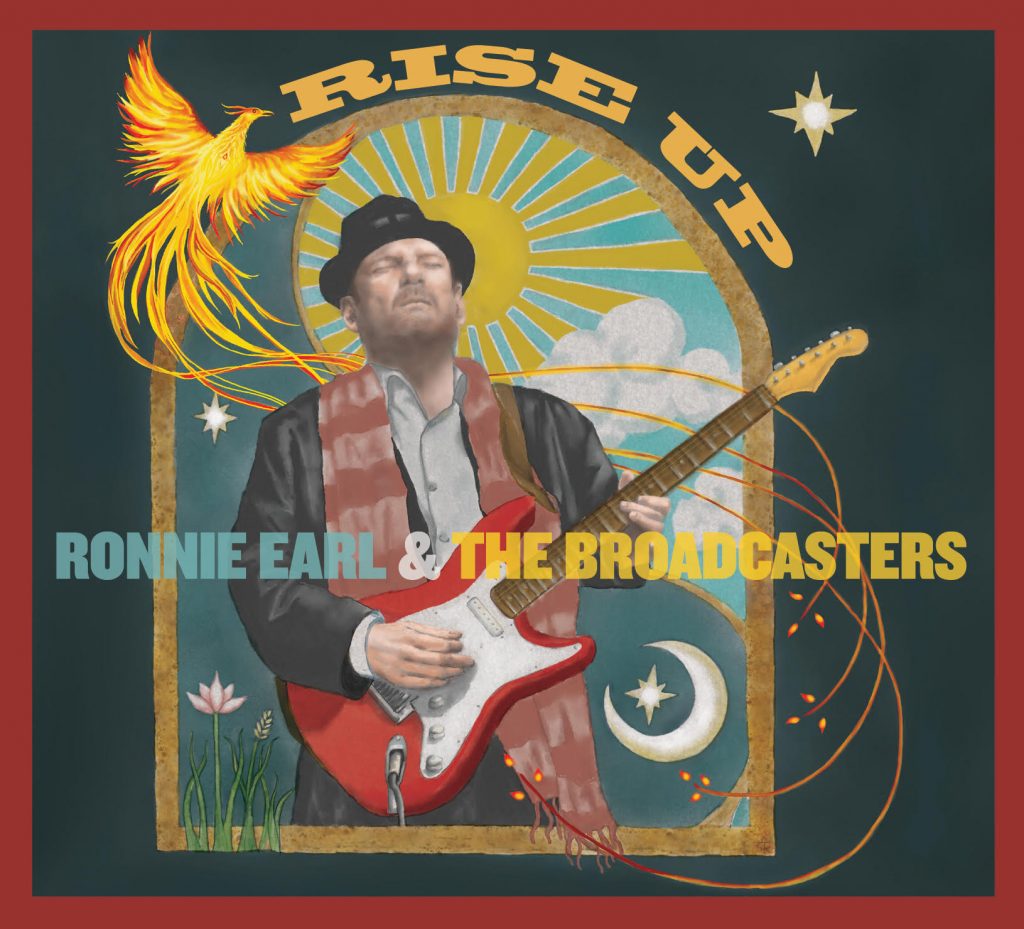 Click Here to Listen to the First Single “Albert’s Stomp”

Ronnie Earl, a four-time Blues Music Award winner as “Guitar Player of the Year,” follows up the critical and commercial success of last year’sBeyond the Blue Door album with another blockbuster disc of music,Rise Up, set for release September 11 on Stony Plain Records. Created to heal and move bodies and souls alike, the majority of the album’s value-packed 15 tracks were recorded in “Living Room Sessions” at Earl’s house, with a vibe that puts the listener right in the room with Ronnie & The Broadcasters. A special bonus is the inclusion of several tracks recorded live from a set at a “Daryl’s House Club” show.

In a world of rampant commercialization, computer-derived music and diminishing standards, the 67-year-old continues to produce top-quality emotionally satisfying music his way, pleasing listeners and audiences wherever he goes. Rise Up is Ronnie’s 13th album on Stony Plain Records and 27th of his career. It’s another gem from a prolific artist who for over 45 years has created a deep lasting body of work.