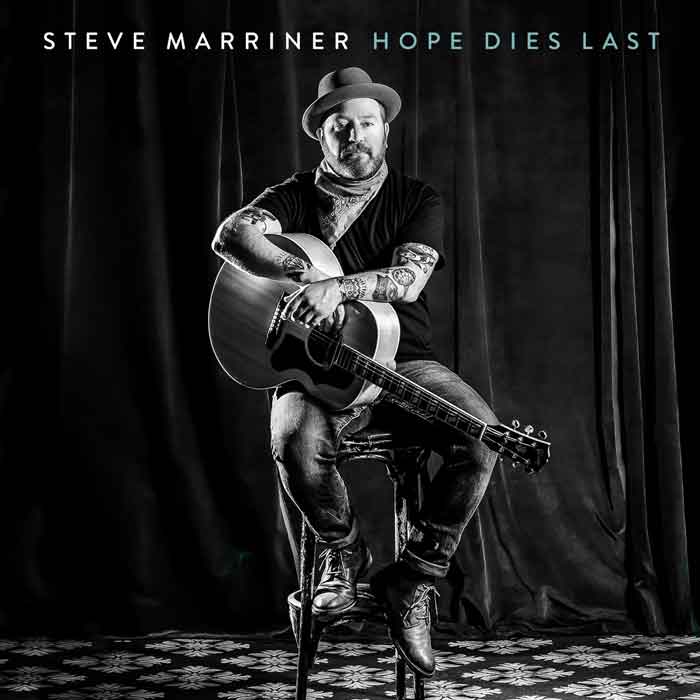 One of Canada’s busiest artists, Steve Marriner has proven himself to be a versatile and highly skilled musician, songwriter and producer. In addition to winning nine Maple Blues Awards as a harmonica player and vocalist on his own, he has won another ten Maple Blues, two Canadian Indie Music, two JUNOs and one American Blues Music awards as one-third of swamp rockers MonkeyJunk. Steve has performed in studio and on stage with some of Canada’s top blues and rock artists such as Colin James, Sass Jordan and Matt Andersen… and 2018’s album with Harry Manx under the banner ‘Manx Marriner Mainline’ turned heads on both sides of the border.

Hope Dies Last was half cut at The Ganaraska Recording Company, Jimmy Bowskill’s studio (The Sheepdogs and Blue Rodeo), before the lockdown — but when lockdown happened, Steve had the time to think about what he was sitting on that hadn’t yet been released. The lead track “Take Me To The City” was recorded first three years ago in a session at Greg Keelor’s studio. “Somethin’ Somethin’” was also recorded two years ago, long before Covid lockdowns made mental health an international concern. Other singles “How High” and “Coal Mine” were written and recorded over the last year.