“Blues is simple and universal,” says Duke Robillard. “There is a quality to the sound that stretches beyond things like language and ethnic boundaries.”

Read more of the insightful interview between Duke and Eastwood Guitars.

Congratulations to Colin James (pictured) for reaching #2 on the Living Blues Radio Chart that tracks blues radio airplay with his album Miles To Go (Stony Plain/True North) and to Kenny ‘Blues Boss’ Wayne for landing at #7 for October with his album Inspired By The Blues.

Other Canadians dizzy from radio spins this month include Lindsay Beaver at #1 and JW Jones at #23.

Thanks to blues DJs across Australia this October for spinning the new albums from Colin James, who reached #1 on the International Blues Airplay Charts with Miles to Go, and Eric Bibb, who was in at #7 with Global Griot.

IAN TYSON JOINS YOU FOR CHRISTMAS IN THE FOOTHILLS

Ever wonder what it’s like at Ian Tyson‘s ranch in the foothills of the blue Canadian Rockies at Longview, Alberta, in the dead of winter at Christmas time?

Here are classic Ian Tyson lyrics you haven’t heard till now. “Christmas in the Foothills” was created by Sharon Anderson by incorporating Ian Tyson lyrics that he sent Anderson in a Christmas greeting (see above). All proceeds from downloads of this song will be his Christmas gift: a huge wish from us all for his health and happiness this Christmas season and in the year to come.

Meanwhile, Craig MacInnis, ex-journalist for the Calgary Sun, writes about how Ian Tyson impacted his life and career. “I recall sitting near the back of the hall and feeling a strange homesickness slide over me.” Read MacInnis’ full story. 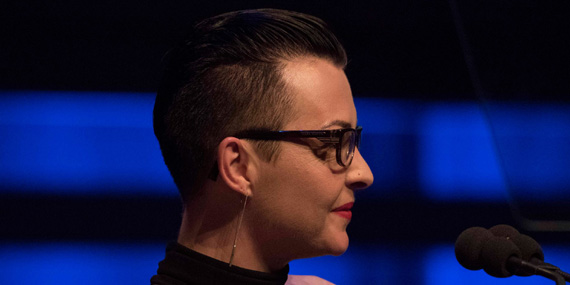 Sarah French, Stony Plain Records publicist and long-time supporter of Canadian blues & roots artists will be the latest recipient of the Keeping the Blues Alive Award from the world-renowned Memphis-based Blues Foundation in January 2019.

French is the 13th Canadian recipient of the KBA since the award’s inception in 1981. (Editor: She also writes these newsletters, congratulations Sarah!)

On the heels of Eric Bibb‘s Grammy nominated Migration Blues comes his most ambitious project to date, the 2-disc set Global Griot.

It is easy to point to Eric’s accomplishments. A five-decade career recording with folk and blues royalty. Two Grammy nominations and multiple Blues Foundation awards. A following that not only crosses borders, it crosses continents. His father, the late Leon Bibb, was an activist, actor, and folk singer who marched at Selma with Dr. Martin Luther King. Eric’s youth was spent immersed in the Village folk scene. Names like Dylan, Baez, and Seeger were visitors to his home. He was deeply influenced by Odetta, Richie Havens, and Taj Mahal. And he has synthesized all of that into his inimitable style.

With decades of playing, countless globe-trotting tours and a slate of acclaimed, award-winning albums under the belt of his flamboyant zoot suit, Kenny ‘Blues Boss’ Wayne, the 74-year-old piano master might be the hardest-working bluesman in show business. And this true original isn’t changing his tune on his top-notch 10th album Inspired By The Blues.

With 11 originals — including a tribute to Fats Domino — plus a bonus track of Georgia on My Mind cut live in Mexico, the self-produced set serves as a throwback to ’50s rhythm and blues while putting a fresh spin on the genre.

WHAT THEY ARE SAYING ABOUT STONY PLAIN ARTISTS

Rory Block
A Woman’s Soul: A Tribute to Bessie Smith

“Kicking it off with a tribute to Bessie Smith, she leads us into the land of jellyrolls, poodles and all that other sexy stuff we never really got as kids wondering what they were singing about. A modern musician as well as a great historian, all Grammy voters within the view of my words ought to make a point of moving down the ballot to the blues category this year and giving Block the sugar that belongs in her bowl. Killer stuff. The mantle has been passed to the new empress of the blues.” – Midwest Record

“Rory has arranged these songs in her own country blues style for vocals and guitar, sometimes overdubbing more guitar parts, bass, homemade percussion and harmony vocals herself. So, while these 10 songs are familiar from Smith’s versions, Rory makes them her own – with her powerful guitar playing and soulful singing… I’m looking forward to more volumes in Rory’s tribute series to legendary blues women with great anticipation.” – Folk/Roots Branches

“… on this acoustic masterpiece, Block does everything herself… All this proves that Block, like Smith, is an important “Power Woman of the Blues”. She is a strong contender for the most influential acoustic artist of our time.” – Making A Scene

“Its chilling title aside, The Ice Queen is the kind of album that ought to elevate Foley to a higher tier. Capable of exuding both fire and finesse, Foley has obviously earned her crown.”– Lee Zimmerman, Living Blues Magazine

“When one considers contemporary blues guitarists, naturally several come to mind, and being a bit northern-centric, Sue Foley immediately jumps to the fore. That paisley-bejeweled pink Telecaster wouldn’t be nearly as impressive in lesser hands, and over the course of nearly three decades as a touring bandleader, the Ottawa-native has certainly established a niche all her own…The Ice Queen is Sue Foley’s first album in six years, and a more welcome, forceful, and confident return couldn’t be imagined. I imagine it is everything fans have been waiting for, and more.” – Fervor Coulee

“It’s easy then to see why guest stars such as ZZ Top’s Billy Gibbons, Charlie Sexton and Jimmie Vaughan were so drawn to working on The Ice Queen with Foley, a past Juno Award winner whose increasing maturity and diversity as a songwriter is something to behold. From the wild, ’60s garage-rock swagger of “Run” to the smoldering, organ-driven “81” and a warm, cheery “The Lucky Ones,” where a coy Foley duets playfully with Vaughan, The Ice Queen—one of the most enjoyable blues records in recent memory—is moody, but easy to love.” – Peter Lindblad, Elmore Magazine

“…he’s still the modern version of iconic pianists like Professor Longhair, Fats Domino, Ray Charles, and others…Wayne is an entertainer with big flashy suits, a charismatic stage presence and an endless sense of humor which comes across in his lyrics…” – Elmore Magazine

“One of the big reasons we enjoy Kenny ‘Blues Boss’ Wayne’s piano-based boogie-blues is the sheer joy he gets from playing and singing, and that joy carries over onto his recordings… Folks, this set is chock-full of favorites…Currently, Kenny Wayne makes his home base in Kelowna, British Columbia, but good luck finding him there. He’s constantly touring both stateside and in Canada, and his fans can’t get enough of that two-fisted boogie-woogie approach to his music. He’s definitely been “Inspired By The Blues!” – Don and Sheryl’s Blues Blog

“The grand master of blues and boogie-woogie piano, Kenny ‘Blues Boss’ Wayne is back with his fourth album for Stony Plain… this selection is wonderfully played, and Kenny Wayne, a very affable singer, sings and plays wonderfully throughout this splendid new release.” – In a Blue Mood

“An incredible mighty record that shows there wasn’t a single lesson learned over the last 50 years that was lost on Bibb. A double-CD, recorded all over the world with a host of killer players, this set pulls together world, roots, soul, politics and more into a theatrical journey that’ll just blow your mind. As he’s a known quantity, all this is no surprise but the way it’s all pulled together is just mind boggling. Certainly, sounding like nothing you’d expect, this something that has to be heard to be believed. A high octane, high quality experience throughout.” – Midwest Record

“…As the album unfolds, the combinations and blend of instruments is often stunning and sneakily soulful. Bibb voice has absolutely no tinges of anger but his lyrics poignantly comment on the current state of the world, almost from the outset. Bibb is totally adept at marrying the African roots of blues with the American styles, is more than willing to share the spotlight with gifted musicians from all over the globe and is fearless in his approach where commentary on the current state is ultimately positioned as cries for a hopeful future. It may be rather bold to mark this as Bibb’s best, considering his impressive 40-year body of work, but it should certainly earn another Grammy nomination or two. It’s clearly among the best of this year’s roots music albums.” – Glide Magazine

“Eric Bibb bites off a lot in making Global Griot: going from traditional to modernized, Western to African, spiritual to topical. Oftentimes, he’s putting both ends of each spectrum together. But if there’s anyone who can chew all that up and distill it into a meaningful, articulate document about delivering stories and messages through the universal power of music, it’s this guy.” – Something Else Reviews

VIDEOS TO DISTRACT YOU FROM WORK 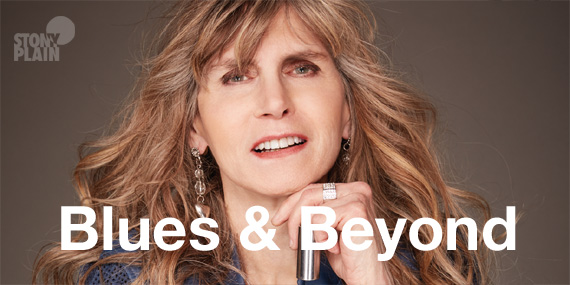 Have you heard Blues & Beyond, Stony Plain’s first Spotify playlist? Curated by Stony Plain president and radio host Holger Petersen, the playlist is a tasteful mix of blues and beyond by legends and modern artists, that will be updated regularly. Follow the list to stay connected to the latest in blues music.

Listen to Blues & Beyond