When it comes to appreciating Kenny “Blues Boss” Wayne it should be readily apparent that the artistic make-up of this performer covers an impressive scope of talents and expertise.

It is a rare combination of intertwined, and indeed well-honed skills that paint the picture of a complete artist and one not so easily defined, despite his “to the point” and appropriate handle, “Blues Boss”.

Wayne, an ex-pat American, became one of the beacons of the Canadian blues scene a couple of decades ago. His smooth yet robust piano playing, and cool and soulful vocals are injected into a canon of original tunes and perfectly matched covers, and the combination can take his audience on quite the journey. With Wayne, it’s always about preparing for a multi-faceted ride, as the musical terrain can shift just as quickly as lyrical inspiration.

The abbreviated version of Wayne’s musical journey began with him soaking up the sounds of gospel music, as his dad was a preacher. From there it was into jazz and Latin music, before the doors opened to R&B and soul. In Los Angeles, and long before he moved north, Wayne continued to wade into a variety of genres and styles including swing, bebop, standards and dance music.

“Gospel was the first ingredient of this gumbo, then I started venturing down different avenues,” states Wayne as he points to Duke Ellington, Ray Charles and Cal Tjader as major influences.

“Ray Charles could do it all so well, and soulfully. I also credit my dad for instilling in me, that, if you are going to do something, be successful at it.”

The musical gumbo that Wayne refers to has been simmering and marinating for a long time, all the ingredients complimenting each other, oh so perfectly.

Wayne’s latest release, Go, Just Do It, is his fifth recording for Stony Plain Records, and the results of another self-produced session deliver that gumbo with even spicier results.

Cherry-picking a few of the tunes from the 13-song set finds soul-tinged pieces artfully dovetailing with funky sojourns. Hot instrumental interludes can roll into a straight up blues tune that might draw on the talents of a guest like powerhouse vocalist Dawn Tyler Watson and some smooth harmonies by Julie Masi.

Gems in this collection are many. For instance, Percy Mayfield’s “Don’t Want To Be President” is given a unique Wayne arrangement. The song injects a rap cadence and a new verse into Mayfield’s relevant lyrics that were written decades ago.

“That’s my son SeQuel. He is such a good rapper and his part takes the place of what would have been an instrumental solo. I think it’ll get some attention,” figures Wayne before he turns to thoughts on one of his many cool originals, T & P Train 400.

“I was playing the T-Bone Walker Blues Festival in Longview Texas a few years ago and we drove down to Marshall Texas to see the train museum,” recalls Wayne. History tells us that Marshall is in one of the regions where the sounds of new steam trains influenced rhythms that piano players would employ back in the twenties.  The term “boogie-woogie” was attached to the new sounds, “and those trains carried so much history, musical and otherwise,” says Wayne, who takes us from the arrival / departure platform and into the T & P rail line car for a brisk ride propelled by his deft work on the ivories and some fine brushes and snare work from Joey DiMarco.

Another impressive stop on the line is You’re In For A Big Surprise which is built around a show-stopping vocal duet with Grammy winner Diane Schuur and the host. Another Percy Mayfield excursion, the tune was first recorded by Ray Charles in the mid-sixties.

“Diane ended up doing three different versions. The one we picked isn’t in my key so I had to do a little baritone singing. It’s a pleasure to have her on the album,” says the leader of the tune that is a highlight amidst a very strong set of songs, each one is completed with his identifiable production stamp.

Wayne gives a nod to Duke Robillard who produced his 2011 release Old Rock On A Roll, when it comes to taking a master’s class in production.

“It’s about having or finding a different ear. Listening to the engineers, technical things versus just the way everyone is playing. It’s like you are making suits, a little alteration here and there. Plus, you’ve got to give players something they’ll feel when it comes to writing arrangements,” says Wayne who provided all the arrangements on Go, Just Do It.

That he enlisted a top-drawer team, was integral to the music and in some instances, the icing on the cake. Ex-B.B. King bassist and long-time Wayne musical foil Russell Jackson, along with powerhouse horn players Jerry Cook and Vince Mai who have been mainstays with both Powder Blues and Colin James, and Boogie Patrol guitarist Yuji Ihara are at the core of the sessions. Dawn Tyler Watson and harp ace Sherman Doucette make guest appearances.

It’s another major achievement for Wayne who earns more recognition with each passing year, and deservedly so.

He’s won seven Maple Blues Awards, a Juno, three keyboard awards from Living Blues Magazine, was inducted into the Boogie Woogie Piano Hall of Fame in Cincinnati in 2017 and that’s just the start of the honors and awards that have come his way.

Now 75, Wayne first started coming to Canada decades ago and he credits Canada for helping him become the artist he is today.

“I didn’t know what I was in store for except that the people were great. My blues career started in Canada, and I think this country really helps people create their art, whether it is painting, theatre or music. Why would I leave? When I go back to the U.S. these days I get more recognition than I ever had when I lived there,” says the man who tours the world and is respected by his peers and audiences alike.

Duke Robillard summed it up best a few years ago when he said, “Kenny Blues Boss Wayne is a monster piano player, imaginative songwriter and soulful singer who captures the essence of old school blues and boogie, while simultaneously sounding totally fresh and contemporary.”

Who’s going to argue with that? 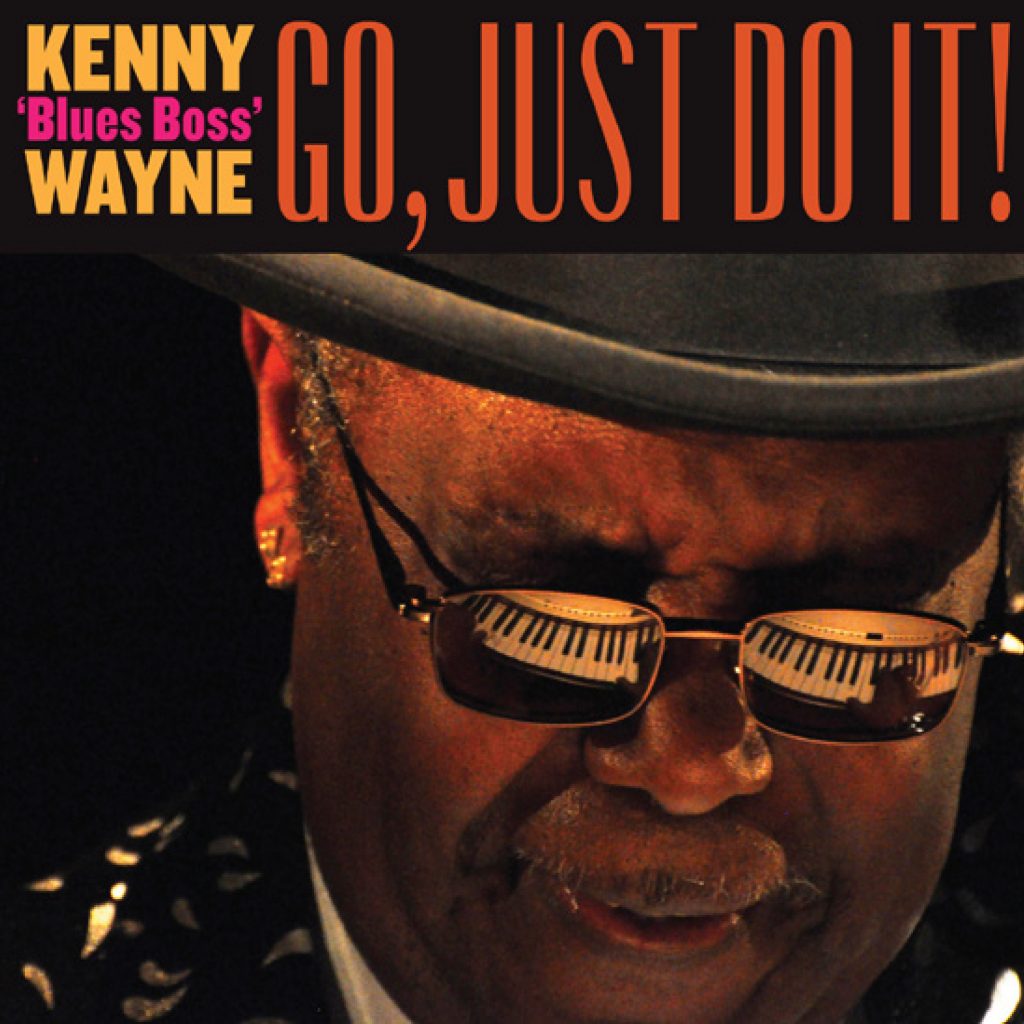