A major player on the Canadian blues scene, Big Dave McLean is a veteran guitarist and vocalist whose style tips its hat to the past masters of the form. McLean‘s singing is gritty and evokes the sound of endless one-night stands on a tour that never ends, while his picking and slide work generate a lean, sharp tone that puts a Northern spin on classic Chicago blues. McLean‘s great love has been live work rather than recording, but he’s accumulated an impressive catalog over the course of a career spanning decades. 2003’s Blues from the Middle showed off his rough and ready barroom-approved sound to its best advantage, while 2008’s Acoustic Blues gave him a chance to show off his skills on steel resonator guitar, and 2019’s Pocket Full of Nothin’ confirmed that time hadn’t buffed the rough edges off his style.

Big Dave McLean was born in Yorkton, Saskatchewan in Western Canada on August 23, 1952. His father was a minister in the Presbyterian church, while his mother had been a concert pianist. When he was ten years old, McLean and his family pulled up stakes and settled in Winnipeg, Manitoba. McLean‘s older brother liked the blues, and digging through his record collection made McLean a fan as well. He took up the harmonica, and in 1969, the brothers attended Toronto’s Mariposa Folk Festival. He not only got to meet one of the headliners, the American blues artist John Hammond, Jr., but Hammond gave him an informal guitar lesson, showing him how to play a classic Bo Diddley tune. Hammond‘s encouragement prompted McLean to focus his energies on becoming a better guitarist, and as he developed a formidable talent, he put together a band and began playing out, appearing at blues clubs and folk festivals in Central Canada. In 1977, he had the chance to open for one of his heroes, American blues icon Muddy Waters, at a show in Winnipeg. After years of steady road work, McLean decided it was time he documented his music, and he recorded a performance at the Winnipeg club Bud’s On Broadway, which became the basis of his self-released debut album, 1989’s Muddy Waters for President. In 1991, McLean appeared on the compilation Saturday Night Blues, collected from performances recorded for the BBC Radio show of the same name, where he shared disc space with Amos Garrett, Colin James, the Downchild Blues Band, and other noted Canadian blues acts. The album won a Juno Award, the Canadian equivalent of the Grammy, and it was McLean‘s first major award. In 1996, McLean and his band the Muddy-Tones contributed two original songs to the limited-edition collection Hockey Rock Winnipeg Style!, “N.H.L. Hockey Blues” and “Regrets to the Jets.”

After years of slowly building an audience while working part-time to pay his bills, McLean‘s career took a turn for the better when he signed with the established Canadian roots music label Stony Plain. His first release for the label, For the Blues … Always, was produced by Colin James and issued in 1998. It was named Outstanding Blues Recording at the Prairie Music Awards, and McLean was also honored at the Great Canadian Blues Awards. That year also saw him receive the first of four nominations for Acoustic Act of the Year at the Maple Blues Awards, an organization recognizing excellence in Canadian blues. McLean wrapped the year up with another album, collaborating with fellow Canadian bluesman Tim Williams on a primarily acoustic project, Fellow Travellers. McLean‘s second Stony Plain release, 2003’s Blues from the Middle, featured guest appearances from Duke Robillard and Sue Foley, and it earned him the Best Blues Recording prize at the Western Canadian Music Awards. While McLean generally recorded with an electric guitar, he performed acoustic shows often, and in 2008 he gave his fans a taste of his unplugged style, informed by Mississippi Delta styles, on the album Acoustic Blues: Got ‘Em from the Bottom. After a six-year recording layoff, McLean left Stony Plain and signed with Black Hen Music to release the 2014 album Faded But Not Gone. McLean‘s productivity increased with his new label, as he brought out Better the Devil You Know in 2016, and Pocket Full of Nothin’ in 2019. 2019 also saw McLean release a collaborative project with Kevin Belzner and Tim Williams; credited to BMW, the album was titled Catfish. 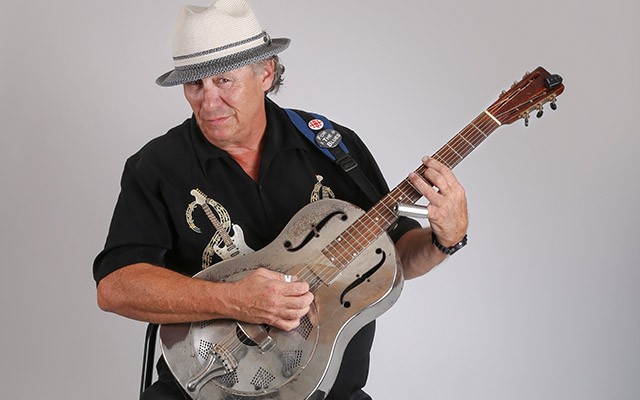