Stony Plain is a record company based in Waterdown, Ontario, a small town right outside of Toronto. The label specializes in what its founder calls roots music: Contemporary music with roots in the past that stands on its own, but which influences almost all the pop music you hear around you. Stony Plain Records is owned and operated by Linus Entertainment.

Established in 1976, the label has released over 400 albums of blues, classic R&B, folk, country, bluegrass, rock and roll, and music that is impossible to put into neat pigeonholes. The common element in all of these forms of music is that the musicians, regardless of current fad or fashion, put their hearts and souls into the music they make. Stony Plain released the results – and almost invariably found that people responded. 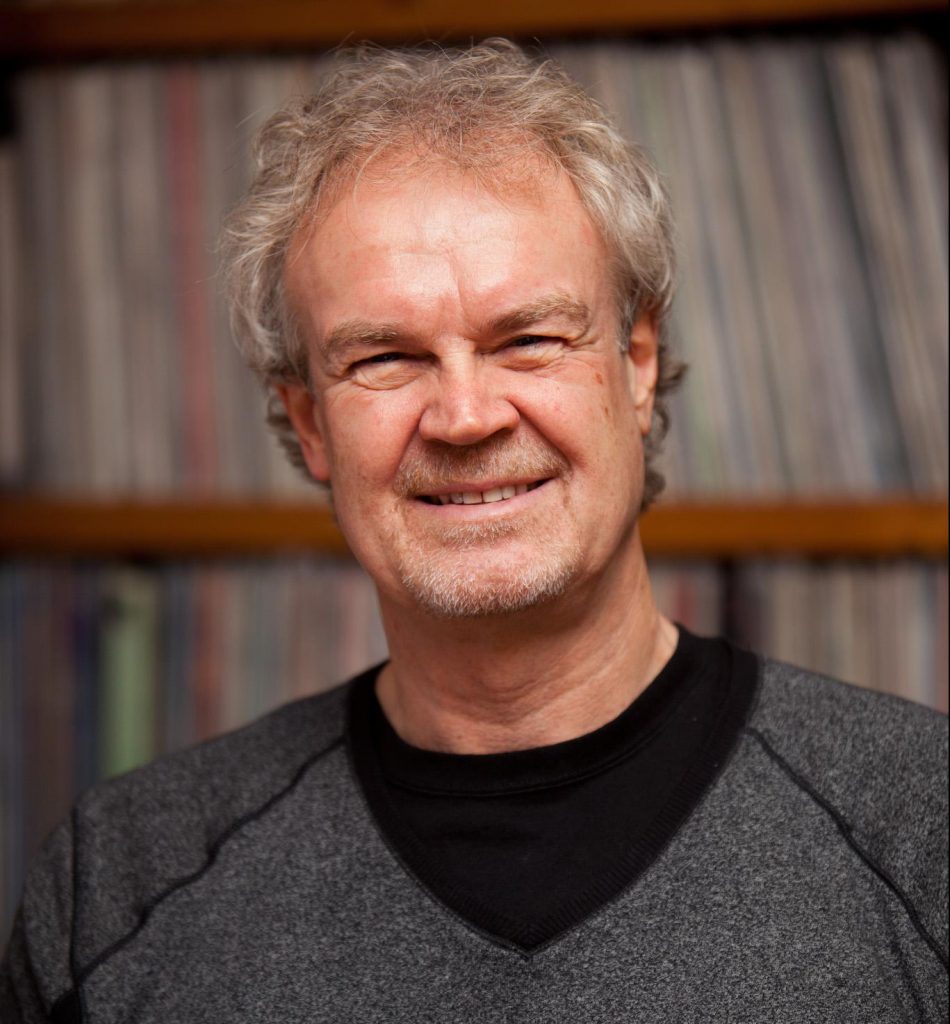 When Holger Petersen started the label at the kitchen table of his home in Edmonton, he had no idea that he’d still be running a record company over a quarter of a century later. He had been a radio/TV arts student, had a blues radio show on CKUA, the Alberta public radio network, and got to meet the artists who came through town, share a meal or drink with them, and, better still, he got to interview most of them. And thus came about what was the first record Petersen produced. Walter Horton, one of the great harmonica blues players of all time, was in town with Willie Dixon’s Chicago Blues All Stars. Horton had a reputation as a taciturn man who did not trust too many people, but an introduction from Dixon and half a bottle of Teacher’s excellent whiskey seemed to break the ice. He agreed to take part in a recording session with a local band called Hot Cottage. Petersen made a deal with London Records (now yet another victim of industry consolidation) and the record was released– and later issued in both the US and the UK. In short order, other records with other blues artists – Roosevelt Sykes, Johnny Shines – were completed, and it became obvious that Petersen ought to start his own label.

The first artist on the new label, however, was a friend named Paul Hann who, with Pete White, recorded a light-hearted country folk album and helped Petersen explore other kinds of music. In the first years there were singer/songwriters, blues artists, some Irish music, some folk, a taste of rock and roll and even a contemporary pop album by a band called Crowcuss (which included two members of the Guess Who), who scored a #1 hit. Alas it was in Guatemala, not in the US and Canada – and one can only guess how the Stony Plain story might have turned out if the band had broken wide open.

The early years were not without incident. There were a couple of occasions when the label nearly sank, but lucky breaks kept it alive. A good friend (and business partner) of Petersen’s, Alvin Jahns, became a Chartered Accountant and worked part time with the company, but as it grew he became more involved as its business manager.

An early suggestion from Al Mair, head of another growing independent label, led Petersen to MIDEM, the massive annual music conference in the south of France held each January. It was there that the company began to build international links – connections that, today, see Stony Plain’s music distributed in the United States (by Navarre), Europe, Australia, New Zealand and Japan. And connections, too, that allow Stony Plain to release or distribute music in Canada from American or European sources. It wasn’t until the mid-‘80s, however, that the company found itself on firm ground, thanks to the amazing success of Ian Tyson’s classic album ‘Cowboyography’ which became Stony Plain’s first platinum album in Canada. In the years since, the label has released (or re-released from other sources) numerous Tyson albums. He remains the best selling artist on the label.

In 1993, Petersen came across American blues guitarist Duke Robillard at the Winnipeg Folk Festival and built a continuing relationship that has resulted in over 20 albums for the label. Not only did Duke record for the label, but he went on to produce Stony Plain albums with the late Jimmy Witherspoon, the great Kansas City bandleader and pianist Jay McShann, Rosco Gordon, Billy Boy Arnold, The Rockin’ Highliners and a two wonderful duet albums with veteran jazz guitarist Herb Ellis. Duke is now signed to Stony Plain for the world, and continues to deliver stellar music to the label, including a recent collaboration with guitarists Jay Geils and Gerry Beaudoin as New Guitar Summit and a burning performance with another ex-Roomful of Blues guitarist, Ronnie Earl, for the appropriately titled album, The Duke Meets Earl.

Petersen remains a self-confessed music junkie, but in addition to his day-to-day work with the label, gives generously of his time to music industry organizations. He’s been a director of SOCAN, Canada’s performing rights society, for many years, as well continuing an active role with the Canadian Independent Record Production Association that began in 1983. Along the way, he helped found the Edmonton Folk Music Festival (and was its artistic director for three years), and was a founding member of the Alberta Recording Industries Association.

Stony Plain has received three Grammy Award nominations: for Maria Muldaur’s&nbsp;<em>Richland Woman Blues in 2001, Jay McShann’s ‘Goin’ to Kansas City’ in 2003 and Eric Bibb’s Blues People in 2018. The label and its artists have also garnered numerous W.C. Handy Blues Award nominations and won several Blues Awards from the Blues Foundation. In Canada, Stony Plain has won several Juno Awards (Canada’s equivalent to the Grammy), Canadian Country Music Association Awards, Maple Blues Awards and Western Canada Music Awards. On a personal level, Holger Petersen was honored for his contributions to Canadian arts and culture with an honorary Doctorate from Athabasca University in 2002 and was awarded the highest honor a Canadian can receive, the Order of Canada, in 2003.

Just as importantly, he’s maintained his links with CKUA; Petersen’s show Nach’l Blues, has been aired every week for over 40 years. He’s much better known on a national basis for hosting Saturday Night Blues, CBC Radio’s long-running only national blues show, now on the air for over 30 years.

Today, over 40 years on, Stony Plain has built a remarkable reputation. Jerry Wexler, the great producer and one of the founders of Atlantic Records, tells people that “Stony Plain, as an independent company, is an endangered species in a dangerous world – and a source of wonderful music.” It’s praise like that that gives Petersen’s life a special sparkle. That he could even get to meet the man who produced the classic records by Aretha Franklin, Solomon Burke, Wilson Pickett, Sam, Dave, T-Bone Walker, Bob Dylan, Ray Charles, and Dire Straits (among hundreds of others) is something that he regards as a special honour – to receive such support is almost beyond belief.

To hang with Bobby Charles in the South of France is a real high; to go on to release three albums by him is a special joy. Having Elvis Costello congratulate him for reissuing Jesse Winchester’s classic records gave Petersen an amazing buzz. To have the Holmes Brothers ask that Stony Plain distribute their record in Canada – although it’s distributed by another label everywhere else in the world – tells him that there are musicians who trust him and trust his label. And drinking with Guy Clark and Ramblin’ Jack Elliott (and several others!) in the Driskill Hotel in Austin not only resulted in a classic Clark song, but gave Petersen memories that are as hard to shake as those he earned road-managing the Amos Garrett, Doug Sahm, Gene Taylor Band in Japan. Other travels he recalls with affectionate enthusiasm include road trips with Long John Baldry to Australia and Europe and accompanying octogenarian Jay McShann to some of the best known blues festivals in North America. All these years later, Holger Petersen still hears music that surprises him and delights him; the tired cynicism that’s part of so many people in the music industry just isn’t part of the man’s make-up. In 2017 Alvin decided it was time to retire so he and Holger decided to hand over the marketing, administration and distribution functions for Stony Plain to Linus Entertainment / True North Records, allowing Holger to concentrate on signing artists and over-seeing the creative process (the A&R role) which he loves.

Sure Petersen’s a practical man. There’s lots of music he would like to release, without the label overextending itself. He’s cautious about what the label puts out – maybe half a dozen releases in a year – and he tries to keep the records in the catalogue for as long as he can. He believes good music finds its market – often with only minimal radio play. For over 40 years, he’s been proven right.