Baby it's Cold Outside 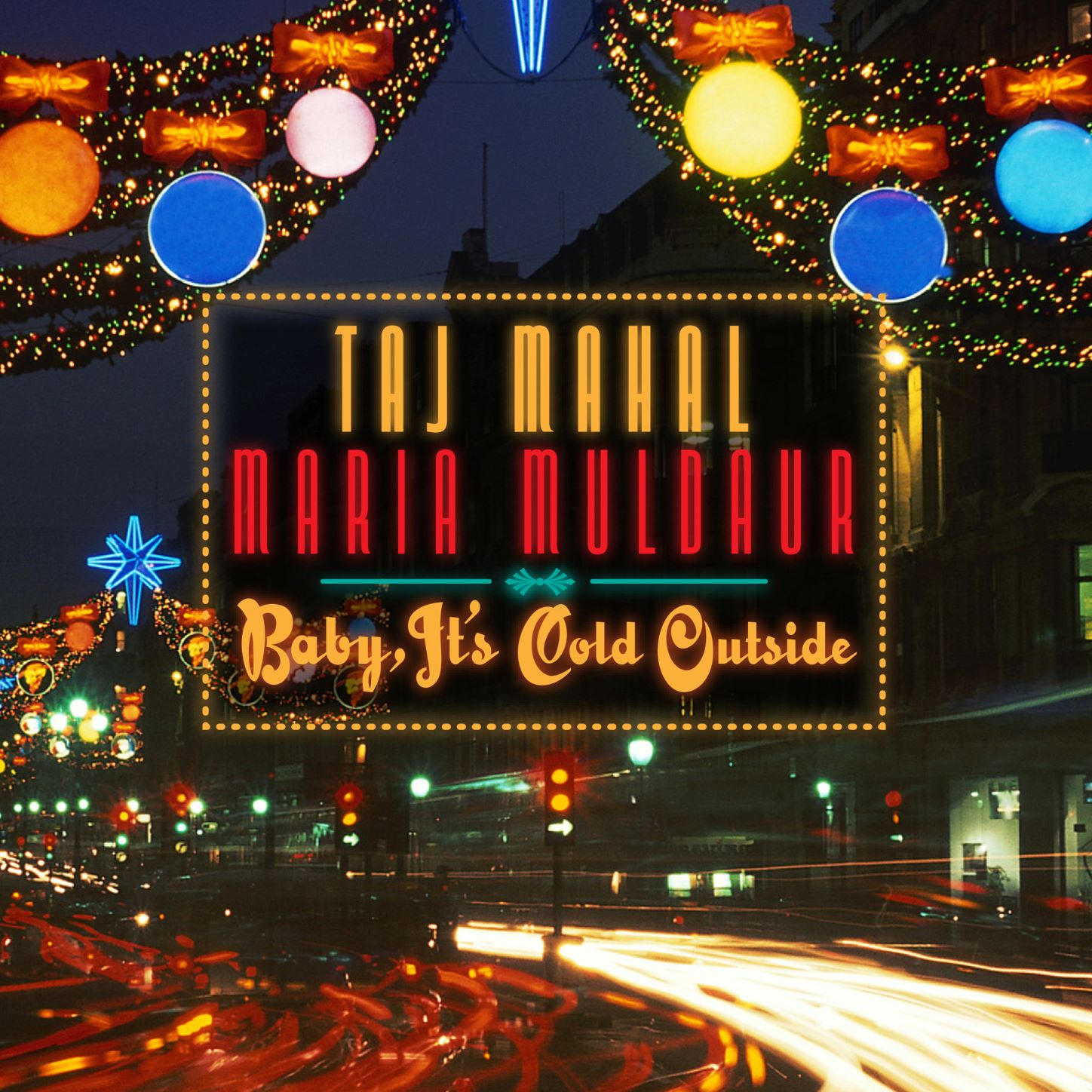 The classic winter weather duet returns to its lusty roots with a new recording that has American music icons Maria Muldaur facing off against Taj Mahal in a song filled with longing, flirty dialogue and a spark of defiance. Masterfully sung by two holiday revelers who really do know better, it was produced by John Simon and is a loving throwback to the sounds of the swing jazz big band era.

Taj Mahal has won 3 Grammys from 15 nominations (including this year’s nomination for his latest release with Ry Cooder ‘Get On Board’), was inducted into the Blues Foundation Hall of Fame, and presented with a Lifetime Achievement Award from the Americana Music Association.

In the nearly five decades since releasing “Midnight At The Oasis” Maria Muldaur has been nominated for a Grammy 5 times, won 5 Blues Foundation Awards and in 2019 was awarded The Lifetime Achievement Trailblazer by the Americana Music Association.

Maria remembers meeting Taj for the first time at Gerde’s Folk City in Greenwich Village in 1962. She was downstairs working out a fiddle part with Bob Dylan who wanted to try out a new song when Taj showed up with a banjo. They have been friends ever since and have spoken about singing this song together often.

Watch the Video "Livin' in Sarnia"